Some Long (2 inch) and some short (2 cm) white "hair thin" worms that move when pulled out of skin.

Hello, my name is Jenn. I am a 27 yr old female. I am currently dealing with an odd frustrating issue that cause many (doctors, friends, family) to question my sanity.


I do not and have never done drugs of any kind. I do NOT pick at my skin, only at the occasional pimple from hormonal acne.


I am a healthy female who has recently discovered white long "hair thin" like "worms" I guess you could say, poking out of my skin. I just got out of the hospital after my immune system was low (Leukopenia) and had meningitis.


Prior to being admitted, I had these "sores" on my back, face (jaw, around mouth, upper neck & chin), and chest (cleavage and upper chest below collar bone), swabbed at the hospital. The sores were chronic (3 months). I had them swabbed and it came back that I had MRSA-a resistant staph infection.


However, I knew that it was something else because I had "pulled" out some tiny white hair thin "worms" that moved around on the tweezers!


To give you a mental picture - it wasn't like holding a caterpillar that squeamishly freaks out and thrashes around - it was like holding a real piece of hair up and blowing on it - causing a "sway" motion.


While in the hospital, I was on Vancomycin, a very strong antibiotic for my meningitis and MRSA. These "sores" healed completely during my 2 week stay in hospital, but now 3 weeks post-hospital, the sores have come back once again. :(


Now they are on my back and one has just started forming on my face near my jaw-line. They are a crusty brown color that hurt!!


I have tried vancomycin, topical hospital grade antibiotic creams, tea tree oil which seems to work a little (3 healed after applying but 1 did not), mouthwash (I know weird, but every time I rinse with it, the "worm hairs" are in what I spit out).


So here is my concern - 2 days ago, I scratched my face on this sore and 2 secs after taking my hand away I noticed a 2 inch long white "hair thin" "worm" that was "swaying" about. I grabbed my tweezers to inspect it, and it continued to move!!


I thought that it would be a good idea to have some proof, so I filmed it in different sequences - holding it with tweezers, setting it down, etc. Every time it continued to move. I also put it in a plastic container as well.


So here's the creepy part. My father has the EXACT same thing. We both got MRSA at the same time, were admitted to hospital 2 weeks apart, had the same sores, odd spinal tap fluid exactly the same, both had PiCC lines on Vancomycin - and we live 2 hours apart from each other! However, we both were staying at my grandparent's (his parents) house for about 6 months because my grandmother has Parkinson's and we were helping them.


Their house is old and we showered in well water water from old pipes. My father thinks we got it from their house. It could be a fungus? But can a fungus move around like that? I'm assuming they went dormant in my body while in hospital because they had no more sores to feed on. I don't know.


Oh and one other thing I forgot to mention is that the sores will have a small hole directly in the middle, so if the "scab" is picked off, there is a hole. Parasite or fungus feeding?


I'm scared to tell my doctor because I don't want him to tell me that I need to visit an institution. Being that I live in the USA, this is "UN-common" & considered a "drug user" affliction. I have been doing a TON of research and have found nothing. Please help!!!

It appears that you forgot to sign up for the email notification when your question about white hair like thin worms was posted, so I do hope you DO come back and look for your answer here.


Not being a doctor, I can't diagnose you, but I can make some pretty good educated guesses. For one reason or another, your immune system has been attacked and weakened. It may very well be that your stay at your grandparent's house was the initial attack, if you were perfectly well before that.


It's quite possible and even likely that you and your father picked up some type of bacteria from the water there (or even another source that you were both exposed to). That may have been the first attack on your immune system which brought on the lowering of your white blood cell count (Leukopenia) and the subsequent infections.


Unfortunately, although you were given extremely strong antibiotics that may have helped initially, if you failed to get rid of the parasite entirely and boost your immune system after the antibiotics you were very vulnerable to a "relapse" and regrowth of the parasite infection.


ANY time you take an antibiotic, it is essential that you boost your immune system with probiotics and as much good nutrition as possible so that you don't end up with a fungal infection or something else.


My suggestions to you (and your father!) to deal with your current situation and try to get rid of these white hair thin worms is to CLEANSE INTERNALLY and BUILD UP YOUR IMMUNE SYSTEM. I put that in bold for a reason. It's extremely important.


Internally, you need to take the following supplements:


The first two will target and eliminate the parasites and fungal infection and the others will rebuild and strengthen your immune systems so that you don't keep falling prey to re-infection.


Externally, for the sores you can apply some topical essential oil mixed with some olive or coconut oil, or even Aloe Vera gel (if you happen to have a plant). You mentioned tea tree oil, which is good, but I find that clove oil works really well and I've read some excellent studies about the bacteria fighting properties of coriander oil.


I sincerely hope that both you and your father will get started cleansing and rebuilding your immune system as quickly as possible before your situation gets worse. If you want to follow this protocol as suggested, order here. 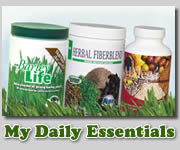